My works explore personal and political journeys based on both my life and collective experiences that I have witnessed and heard about.

I’m interested in evoking an emotion expressing the concerns of everyday life such as imprisonment, immigration, poverty etc – but also seeing the other side with hope and kindness. My work explores the vulnerabilities of humans which are a snapshot of collective trauma, inflicted on us by the corrupt system. I capture this in my work, regardless of the media I use: drawing, painting, sculpture or printmaking.

My exploration of these subjects started with the realisation that there were no pictures or vivid paintings when I was a political prisoner in Iran. I became a civil rights activist when the Islamic regime took power in 1979. I was arrested in 1982, tortured and spent eight years in prison.

My background study was not art, so while I started to work with watercolours at home to depict the images of prison, I went to life drawing to learn proportion. My hands met clay for the first time in 2018 and I worked with several different printing methods which helped me realise that I could say what I wanted to through art. I have found that despite the lack of control over the final image in printmaking, I could play with it during the process of creation, which made the result interesting.

Both my writing and art are about our historical time: brutal power politics and social injustices all over the world as well as the collective trauma this places on people. I feel that painting and printmaking are more immediate forms of art and means of expression than writing.

These paintings of refugees are about the English Channel which is a shameful sea of blood.

Nasrin Parvaz became a civil rights activist when the Islamic regime took power in 1979. She was arrested in 1982, and spent eight years in prison. Her books are One Woman’s Struggle in Iran, A Prison Memoir and The Secret Letters from X to A (Victorina Press 2018).

Nasrin’s poetry and stories have been published in different anthologies. Her paintings were accepted for inclusion in the exhibitions, Calendar and for postcards. Learn more at NasrinParvaz.org.

Introducing our Spring 2022 cover design! Our editors are working hard on the forthcoming issue. We can't wait to share it with you next week! Stay tuned for more information.

t is forbidden to take photos inside or around Evin, Iran’s most notorious prison. Those who break these rules can pay the ultimate price. In the summer of 2003 an Iranian-Canadian freelance photographer, Zahra Kazemi, died inside Evin after taking pictures of the families of missing students, demonstrating outside the prison gates. The Iranian authorities claimed that Kazemi’s death was accidental, but a medical examiner concluded that she had been tortured and killed.

Evin Prison, which was founded in 1972 under the Shah’s monarchy but really came to the fore of statecraft after the Islamic Revolution of 1979, has been a home to all manner of political prisoners through the decades, from academics to philosophers to missionaries to activists. The nature of the people it has held, the size of the place, and the treatment of many who have been detained within its walls, is such that its reputation precedes it.

In Iran, it is prohibited to take pictures in areas deemed to be “sensitive”. But when it comes to Evin, where we don’t have photographs, we do have art: the experiences of prisoners recreated with evocative beauty.

Nasrin Parvaz was part of a wave of idealistic youth who fought for change after the Islamic Revolution, when the Western-backed Shah and a 2,500-year monarchy was overthrown and an Islamic Republic installed. Three years later, aged 23, Parvaz was arrested for her dissent, detained in Evin and sentenced to death. Over the next eight years, she was tortured, starved and made to live in abject conditions.

Parvaz now lives in exile in London. But, for her and other former prisoners, memories of Evin don’t leave. “It isn’t only when you’re in prison,” she says, “it’s also about what you’re bringing with you when you’re out of prison.” Her artistic exploration of her time in Evin began with the idea that there were no pictures or vivid paintings depicting her experience of being a political prisoner.

Her paintings memorialise a place where she suffered greatly but where she also found beauty, friendship and solidarity. What follows is a collection of her work, memorialising the sights and sounds of her imprisonment. 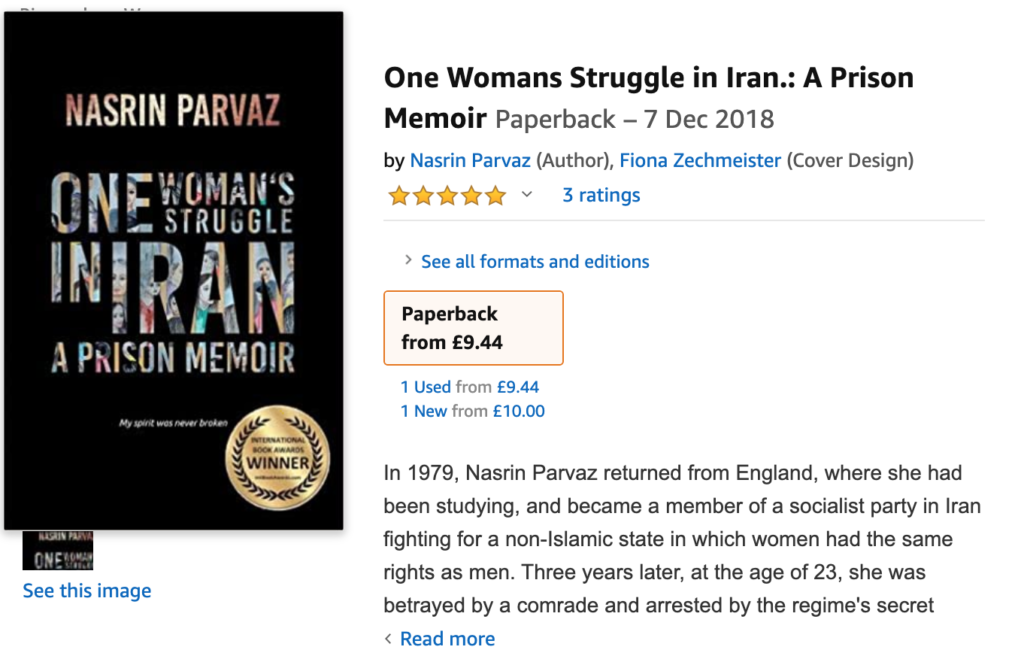 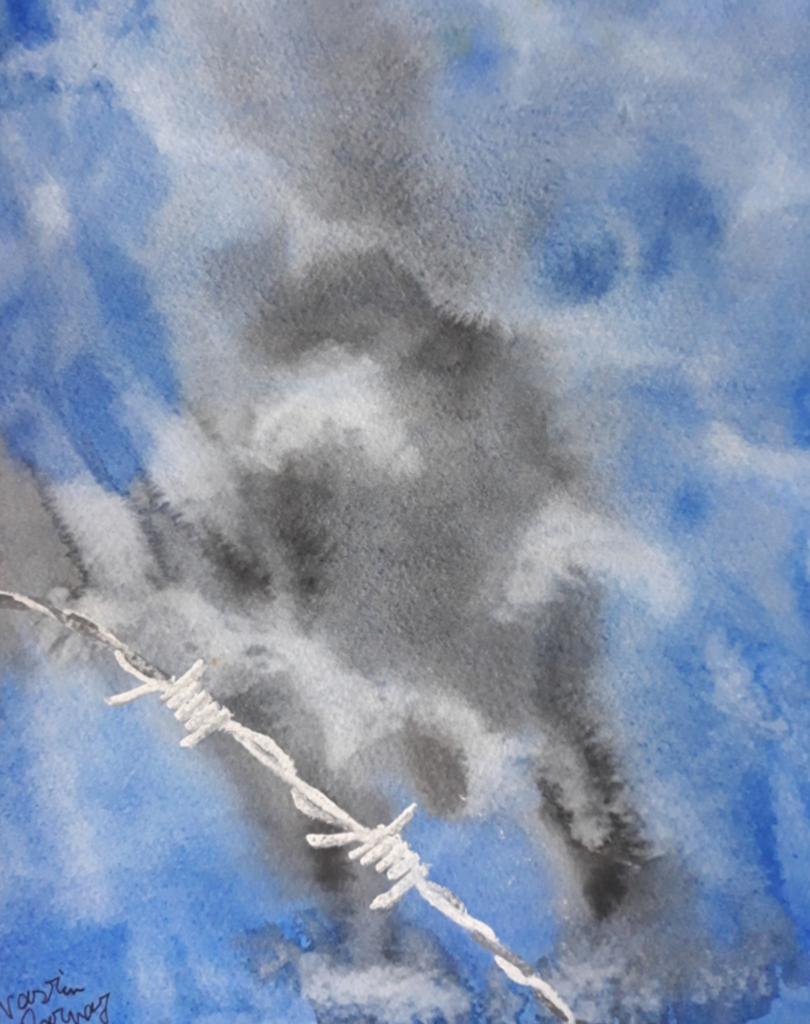 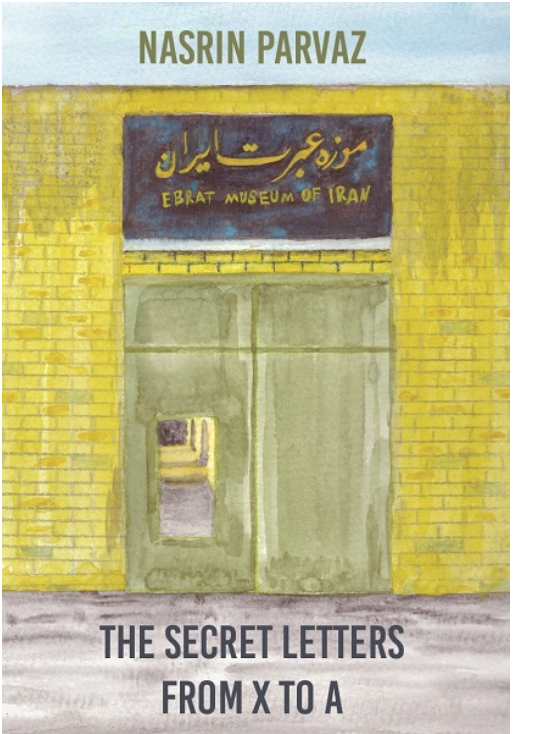 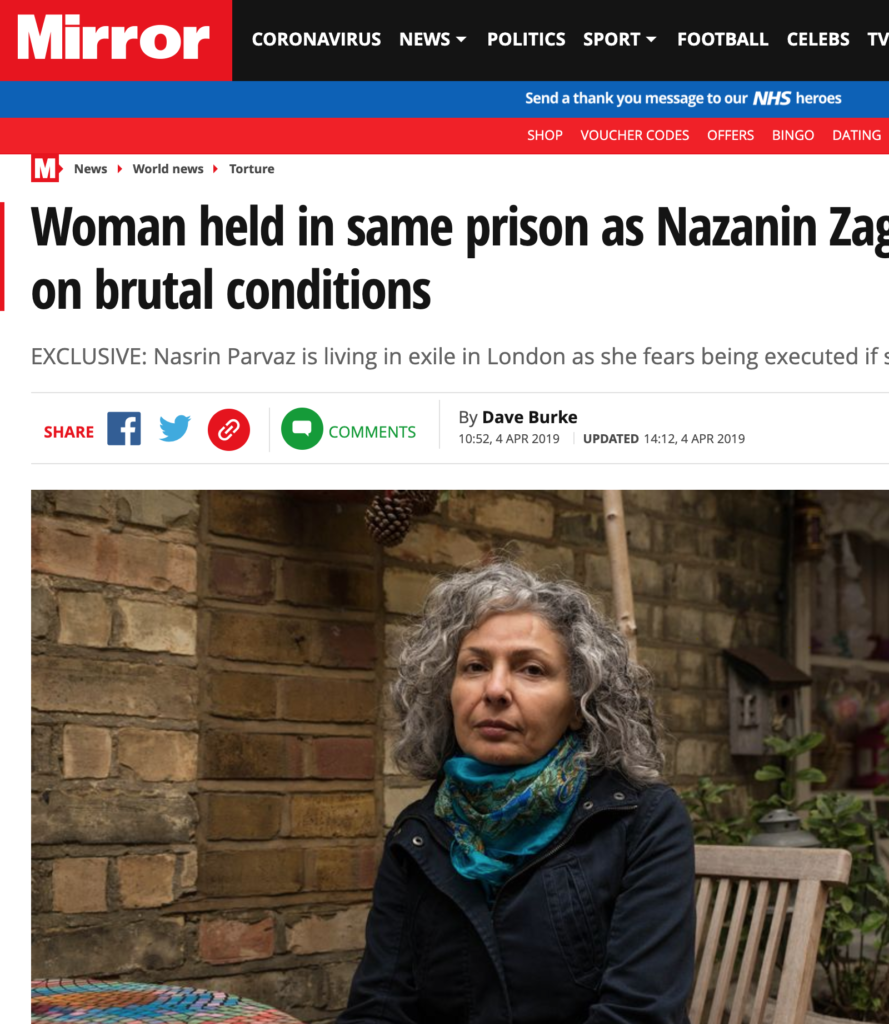 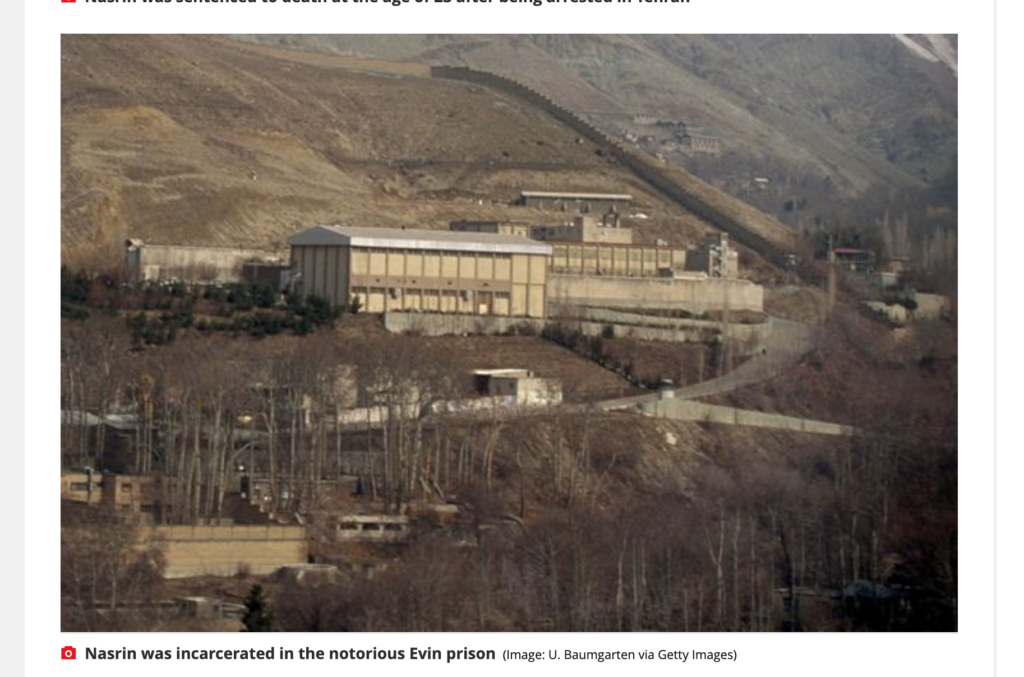 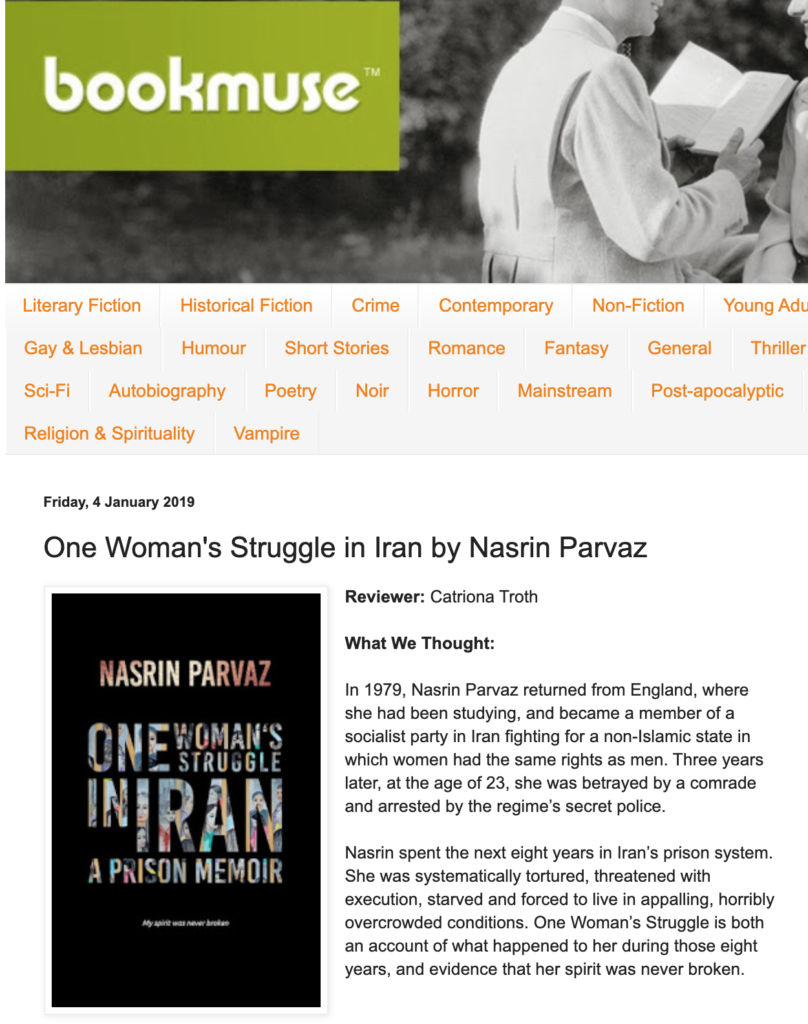 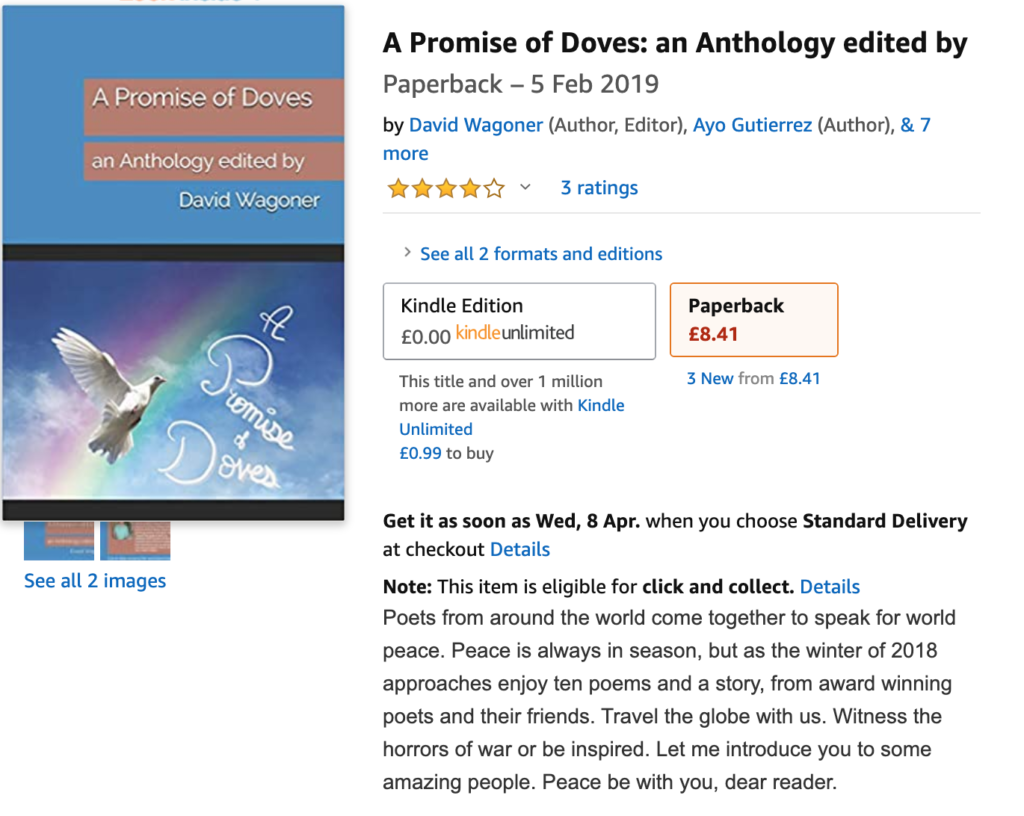