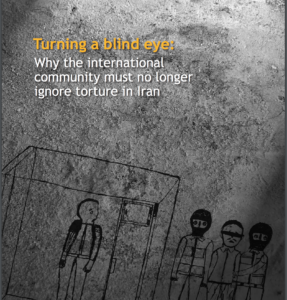 Over the years since I came to England in 1993 as a political refugee from Iran, I’ve been to many fiction or creative writing classes and seminars, where I was the only person who did not have English as their first language.

The teachers and the other students always welcomed me and I usually found the classes very helpful. It took me a while, but I began to wonder why no other non-native English language speakers came to these classes. END_OF_DOCUMENT_TOKEN_TO_BE_REPLACED

Nasrin Parvaz became a civil rights activist when the Islamic regime took power in 1979. She was arrested in 1982, tortured and spent eight years in prison. After her release in 1990, Nasrin resumed her activities and once again she found herself being followed by Islamic guards. She realized she could no longer stay in Iran and she fled here to England, where she claimed asylum in 1993. Nasrin’s prison memoir was published in Farsi in 2002. A summary of her memoir was published in Feminist Review (number 73) in 2003; and it was published in Italian in 2006 by Effedue Edizioni. Nasrin’s stories appeared in Exiled Writers Ink, and two of her poems were published in Over Land, Over Sea, Poems for those seeking refuge, published by Five Leaves, in 2015. END_OF_DOCUMENT_TOKEN_TO_BE_REPLACED

Forugh Farrokhzad, poet and film director, was born in 1935 in Tehran, Iran. She died in 1967. Her books, along with those by some other poets and writers, are banned from book exhibitions in Tehran. END_OF_DOCUMENT_TOKEN_TO_BE_REPLACED

We live in a universal economic system, called capitalism, yet depth of workers’ exploitation differs hugely in countries like UK from Iran. In Iran the Islamic regime makes sure the workers do not have any rights, so that the capital makes the most profit. Workers situation in Iran is a good example to understand why capital moves from countries like UK to countries such as Iran with cheap labour; and why the Western governments need to support despotism in Iran to guaranty the extreme exploitation of workers. END_OF_DOCUMENT_TOKEN_TO_BE_REPLACED

In 1984, I was in an Islamic prison in Iran when I saw on TV miners fighting with police and their horses in the UK. The Islamic regime broadcasted the brutality of Thatcher’s regime in suppressing the miners’ movement so that people would see that it is not only the Islamic regime that crushes working class movements. END_OF_DOCUMENT_TOKEN_TO_BE_REPLACED

Last week I went to the Whittington Hospital in London. I waited in the reception room for my turn. A mother and her daughter were there waiting. Both of them were veiled and I saw my own childhood in this woman’s child. END_OF_DOCUMENT_TOKEN_TO_BE_REPLACED